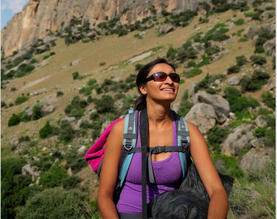 Abstract West Virginians rely heavily on groundwater for domestic potable water supply, especially in rural areas where the majority use private wells. The water quality of private wells is unregulated and chemical sampling is often optional and at the owners expense. In areas where rural populations dominate, such as the Gauley River Basin of West Virginia, a comprehensive water quality survey has gone undocumented since the 1980s, when groundwater quality was thought to be dominated by land use. This study uses the 1980s groundwater quality data and multivariate statistical analysis in R to identify historical groundwater quality trends as they relate to land use in a small portion of the Gauley River Basin. Principal Component Analysis (PCA) was conducted to infer driving chemical variables and Hierarchal Cluster Analysis (HCA) was subsequently used to group observations with similar hydrochemical signature. The techniques used in this study successfully reveal sites with a distinctive Fe-Mn signature, indicative of mining-related impacts and a Ca-Mg-Na signature, indicative of lithology. Geostatistical mapping of the water quality parameters identifies specific areas of concern and spatially depicts hydrochemistry as it relates to historically deep mined areas. 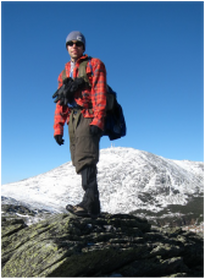 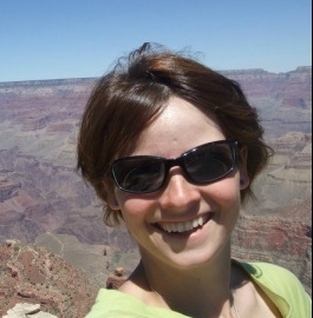 Quantifying the Error of the General Circulation Model NEX DCP30


Abstract: Climate change is surfacing as one of the most important environmental issues of the 21st century. Over the last 100 years, observations show an increasing trend in both global temperatures, by 0.76°C, and increasing intensity and frequency of precipitation events, such as flooding, drought, and extreme storms. Subsequently, global circulation models (GCM) show similar increasing trends for historic and future climate indicators, however, there is inherent error associated with the use of GCMs, particularly in the context of geographic and topographic variability. In order to use these models for future scenarios, it is important and necessary to compare GCM modeled trends to robust historical observations to assess model performance. In this research, we assess how well GCM-generated historical climate trends compare to observations. We are particularly interested in minimum temperature, maximum temperature and precipitation generated for climate prediction in mountainous West Virginia regions of the Cheat Lake watershed since these data are used in hydrologic model forecasting. 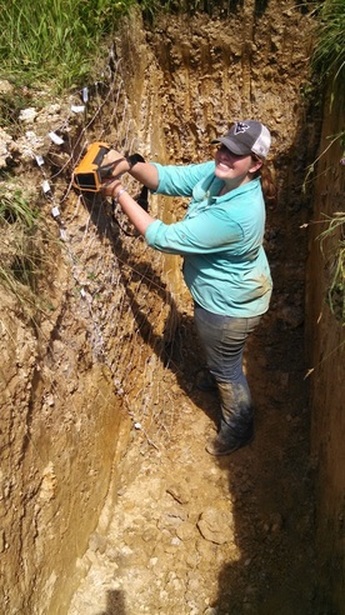 Abstract: Gamma radiometric data consist of the passive gamma radiation that is naturally emitted from rocks and the soil. The sensor, with either a sodium iodide or bismuth germinate oxide crystal inside, is used to detect concentrations of four elements (five isotopes):137Cs, 232Th, 40K, 238U, and 235U. These elements are relatively abundant in the environment, have long half-lives, and produce gamma radiation of measurable concentration at variable but characteristic energy levels. Gamma rays are known to be related to mineralogy and geochemistry (e.g., soil parent material, weathering and pedogenesis, geomorphic activity, erosion and deposition). Previous work with gamma radiometric data has demonstrated that mappable soil properties include parent materials, soil texture, nutrients and other elements, soil organic matter, pH, bulk density, water retention, and saturated hydraulic conductivity. We will investigate the capabilities of gamma spectrometers to assess variation in soil properties with depth from soils of two different geologies. Gamma surveys were conducted in grid of 5 columns wide by 20 rows deep where the columns are 25 cm wide and 10 cm deep the total area surveyed was 125 cm by 200 cm. The two soils that we examined are classified as Typic Paleudalfs (residuum weathered from limestone interbedded with shale) and Aeric Endoaqualfs (residuum weathered from black shale). After the surveys, soil samples were collected from each measurement point, then dried and ground to 2 mm. The samples were analyzed for soil texture, pH, total potassium and organic carbon content. These data will be used to assess whether gamma radiometric data can be used to (i) identify horizon boundaries or (ii) characterize selected chemical properties within a soil profile.
Hypotheses
(i) the BGO can be used to find the top of an argillic horizon
(ii) for non-soil scientist using the BGO will show the horizon breaks for sampling
(iii) gamma response will be different in each geology/parent material
Objectives
(i) determine the feasibility of using BGO in characterizing non-descript pedons
(ii) determine which soil properties the BGO gamma surveys are responding to 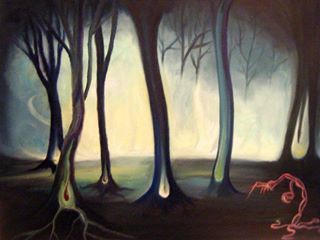 Abstract My R project for Geol659 involves examining trends in trace element geochemistry data from an XRF scan of TreeDam1. I am studying trace element relationships in the TreeDam1 core. By analyzing multivariate data correlations between trace elements using R, the environment of deposition can be more effectively understood.
The data set consists of depth values and trace elemental data. All data is from an XRF scan of the core. Note: There were a large number of NAs (missing data) present in the dataset, so accuracy and precision may have been sacrificed in the correlations between all of the elements due to the missing data.
The objective of this R project is to understand the distribution of trace elements and gamma ray values with depth in the Pierre shale core, and interpret the implications of these relationships and distributions. This research is important because trends in trace elements will help interpret the environment of deposition and help us better understand the geologic history of the Cretaceous Interior Seaway. There are ash layers present in the cores, potentially from volcanic events, and it is possible that these events can also be recorded in the trace element data. The elements that exhibit correlations with each other could indicate environmental changes that occurred during burial. These relationships could indicate changes in lithology, as well as depositional environment.
R is used to organize and analyze trace elements vs. depth, and trace element ratio comparison graphs. The analysis of this XRF data is performed in R and includes scatter plots of trace element concentrations, PCA analysis, correlation plots, histograms of data distributions and data normality. 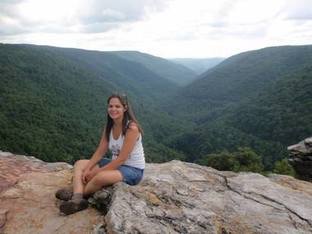 Abstract Surface coal mining in West Virginia drastically disturbs large areas of land each year. Approximately 78% of West Virginia is covered in valuable eastern deciduous forests and surface mining drastically disturbs these ecologically diverse forests. Reforestation of mined lands is important because forests provide several functions including wood and fiber production, water quality, wildlife habitat, carbon sequestration, and ecosystem stability. The first step in successful reclamation is to create a suitable rooting medium for good tree growth. Due to the steep terrain, coal operators in West Virginia are often not able to strip the topsoil. Weathered, brown sandstones and unweathered, gray sandstones that are exposed during mining are commonly used as substitute topsoil materials. Brown sandstone is found closer to the surface and has properties more suitable for tree growth than gray sandstone. The growth of trees on gray sandstone can be improved when amendments are added. 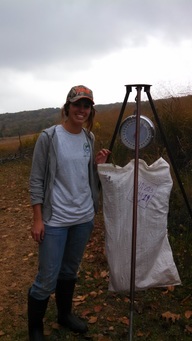 Abstract: With the increase in global awareness of climate change due to the burning of fossil fuels, the need for alternative energy sources are becoming a top priority. With large amounts of reclaimed mine lands in WV, the possibility arises to grow biofuels that can serve as alternative energy and also profitable post-mining land uses for communities affected by large surface mines. A study was done on Alton, a reclaimed surface mine in Upshur County, WV, to grow two cultivars (Kanlow and BoMaster) of switchgrass (Panicum virgatum) and two cultivars (Public and Private) of Miscanthus (Miscanthus x gigantues) for potential cellulosic ethanol production. Biomass was harvested in October of 2011, 2012, 2013, and 2014, oven-dried, and weighed to determine dry weight (kg ha-1). Biomass data was organized in Excel for input into RStudio for statistical analysis. Results show that both species will grow on these marginal lands to an economically feasible amount, but Miscanthus cultivars are capable of producing greater amounts of biomass on the same amount of land an switchgrass cultivars, making it potentially more beneficial and cost-effective for growth as post-mining land use for bioethanol production 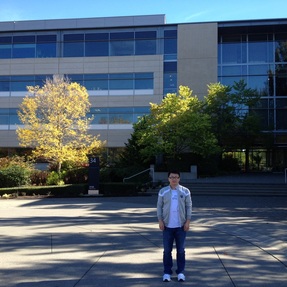 Abstract  In order to control or reduce the emissions of carbon dioxide (CO2), the main component of greenhouse gas, geological capture, utilization and storage (CCUS) of CO2 in depleted oil and gas reservoirs is considered a favorable near-term approach with potential economic benefits. Coupled CCUS with enhanced oil recovery (EOR) is regarded as a cost-effective and environmentally safe method for long-term storage of anthropogenic CO2.  Several critical issues impact evaluation and deployment of an integrated system of CO2 capture, and coupled CO2 storage and EOR.  These include source-sink matching, storage capacity, injection and breakthrough rates, recycling costs, oil recovery factors, and project duration. In this paper, a 3-D geological model is constructed to estimate the CO2 sequestration capacity and injection rates in Jacksonburg-Stringtown oil field, which is located in northwestern West Virginia is adjacent to a large concentration of CO2 sources located along the Ohio River. Published data indicate that the Jacksonburg-Stringtown oil field has produced over 22 million barrels of oil since 1895 and the primary Upper Devonian fluvial sandstone reservoirs are amenable to CO2-EOR. In order to construct a viable reservoir model from abundant legacy data supplemented with limited modern data, an artificial neural network and support vector regression are applied to model and predict the reservoir permeability and porosity. Based on model predictions, the best regions for coupled CCUS-EOR are located in southern portions of the field, and the estimated CO2 storage capacity is approximately 24 million metric tons.
Powered by