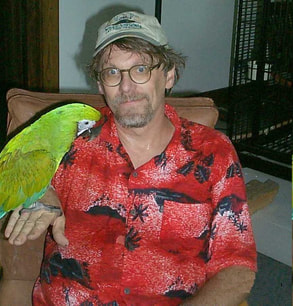 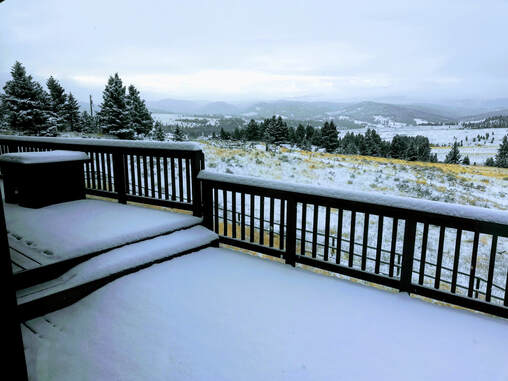 Hi! I am a hydrogeologist and former academic with interests in groundwater movement at a variety of scales, dating back to seeing a flowing well in western NY at the age of 13 ( I was hooked). I learned what Geology was from Brewster Baldwin, Dave Folger, and Roger Laurent at Middlebury College in the early 70's, and after a brief stint milking cows in Vermont's Champlain Valley, returned to undergrad study at Penn State in 1973, where I met Dick Parizek (hooked again).

I took an oblique path into academia. I worked for 11 years in research and consulting in Montana (Montana Bureau of Mines and Geology) and Western Canada (Thurber Consultants, Vancouver), then returned for PhD work at Penn State, where I worked on a problem of my own selection from eastern Montana: groundwater discharge into lakes from glacial outwash aquifers in a very hot dry climate. My committee at Penn State included Dick Parizek, Chris Duffy, Sue Brantley, Art Rose, and Mike Machesky. I learned a lot of the things I missed first time around.
​
I came to WVU in 1992, where we are "blessed" with a lot of mine-water problems. I have worked with Paul Ziemziewicz and his group at the WV Water Research Institute, as well as retaining my interests in groundwater-lake-climate interaction as a sideline. We have studied groundwater movement in surface-mine spoil, flooding of below drainage underground mines, and acidic AMD from above-drainage mines, as well as remediation, recharge and geochemical phenomena that occur in these anthropogenic aquifers.

In 2002, I started the WVU Hydrogeology Research Center on the Evansdale Campus as a lab for students/faculty from WVU Geology to work on applied research problems. It actually arose from lack of space in our then-building White Hall, but it has worked out well and the center is still active.  One of the first things that happened at HRC was to hire Dorothy Vesper as research faculty.  She converted to tenure track in 2004 and today is a valued colleague in the hydro program with a research program of her own.

I retired to Butte MT in 2019 where my wife and I live in the Headwaters of Basin Creek, with a delightful view of Red Mountain, the highest peak in the Highland Mtns (see photo on right).  Still working on writing up old research, but also hiking, biking, and skiing in the Rocky Mtn region, and hanging with old friends (we were in Montana from 1977-88)

The bird in the photo, by the way, is Beta Carotene, my 20 year old military macaw from Cleveland; he enjoys Tostido pizza rolls and pasta. His hobbies include shredding wood, loud squawking, yoga, and mimicry.